de Blob is a 3D platformer action adventure video game developed by Blue Tongue Entertainment with Blitworks and published by THQ Nordic. The game was released via Steam on 28 April, 2017 for Microsoft Windows.

About This Game:
Don’t know about art but you know what you like? Whether you are a master of the brush or a finger painting fool, just say no way to gray and join with de Blob and his pals as they launch a color revolution. A mischievous and unlikely hero, only de Blob can flip, bounce and smash his way past the all-powerful I.N.K.T. Corporation to ignite a revolution and save Chroma City from a future without color.

Battle against massive tank battalions, speedy I.N.K.T. racers and elite Inky soldiers on your quest to free the citizens of Chroma City. Avoid hot plates, electric shocks and inky turrets to create your own path to the impenetrable I.N.K.T. Fortress. Just remember that the struggle to reclaim Chroma City is to be fought on your terms. Remix the city in your own image using custom paints, patterns and soundtracks. Super-size your blob to attack larger and stronger enemies. Join the Color Revolutionaries to refine your skills while making a mess. The race to rescue Chroma City has just begun, and only de Blob can save the world from a black-and-white future.

de Blob is a 3D platformer where players maneuver their hero, de Blob. Equal parts amorphous blob of paint, struggling artist, revolutionary and juvenile delinquent, de Blob’s goal is to replace the drab, lifeless gray coloring that the I.N.K.T. Corporation has imposed on Chroma City and its inhabitants, the Raydians, with a range of vibrant life-giving colors, all the while avoiding and battling the gray-clad forces of the Inkies.

Players must acquire paint and hurl de Blob at the buildings, walls, statues, roads and skies above Chroma City. As de Blob bounces around, adding color wherever he lands, his supply of paint is depleted and he begins to dry out. As this happens players must collect more paint and rehydrate in pools and in front of hydrants scattered across the city. As the game starts access is limited to the colors red, blue and yellow, but these can be blended to create a number of other colors. Being able to create and apply these colors becomes important as Chroma City and its inhabitants come to life, and de Blob makes contact with a range of other characters known as the ‘Color Revolutionaries’ and receives an increasing amount of missions that charge him with splattering color all over town. Success at these mission gains the player point which drives the game forward, eventually leading to a direct assault on Comrade Black’s I.N.K.T. fortress guarded by elite Inky soldiers and massive ink turrets.

Key Features
– de Blob: Flip, bounce and smash your way past the all-powerful I.N.K.T. Corporation to launch a revolution and save Chroma City from a future without color
– Long Live Color! Join the Color Revolutionaries in the resistance against Comrade Black and his diabolical array of hot plates, electric shocks, and ink turrets
– Free The Citizens: Free your friends from a black and white world by painting the city back to life as you dodge ink cannons, flatten I.N.K.T. tanks and outsmart Inky soldiers
– Multiplayer: Compete to control Chroma City in 4-player split screen in eight different multiplayer modes
– Save your City: Paint Chroma City’s towering skyscrapers, expansive bridges and massive landmarks in your own style using custom colors, patterns and soundtracks

Plenty of Play Modes
de Blob features both a deep story-driven singleplayer mode where players get to dig into the Raydian’s struggle against all-powerful I.N.K.T. Corporation, as well as a diverse range of multiplayer options. These multiplayer campaigns support up to four players, come with street and sewer maps and include four player split-screen functionality.

Just a few of the multiplayer campaigns include:
– Paint Match – Paint as many buildings as possible and steal points from opponents by re-painting the buildings that they’ve already covered.
– Blob on the Run – A variation of ‘Capture the Flag,’ in this mode only one blob can paint and is pursued by opponents who attempt to slam him into submission and gain the ability to paint and accumulate points themselves.
– Blob Race – In this mode buildings can only be painted once and are indicated by in-game arrow. With time limited it’s a race not only to paint the town but also to keep opponents from doing the same. 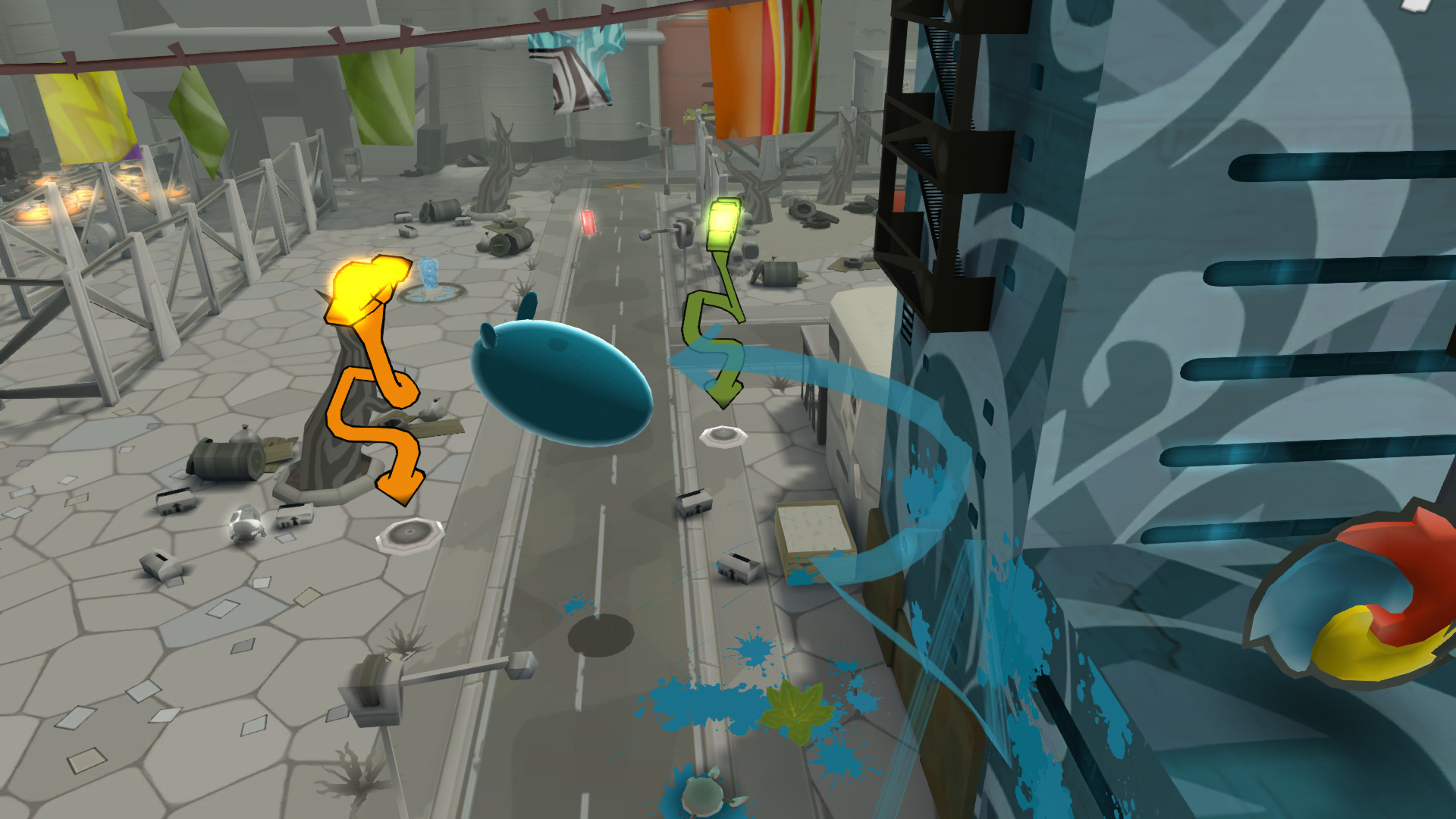 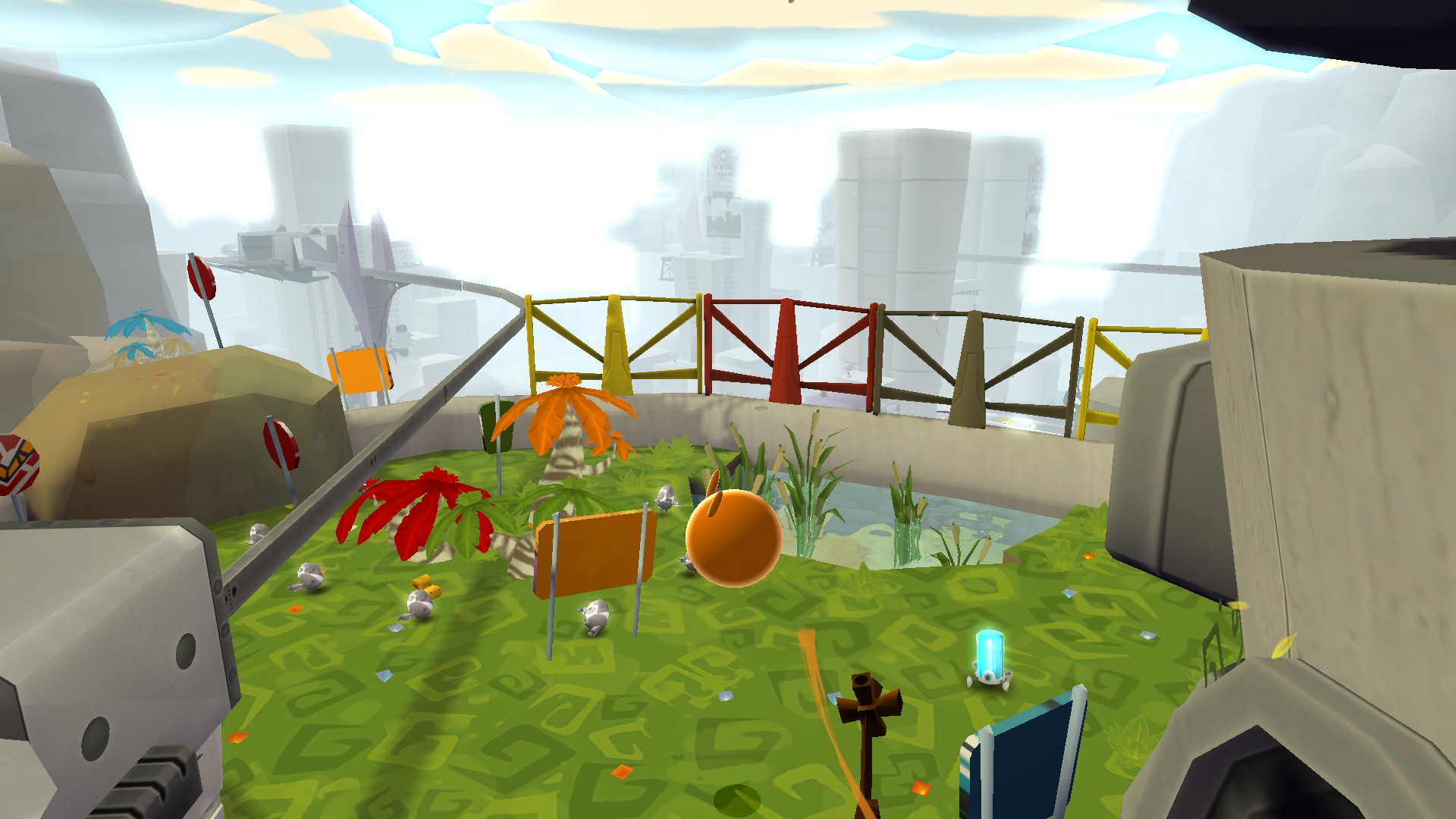 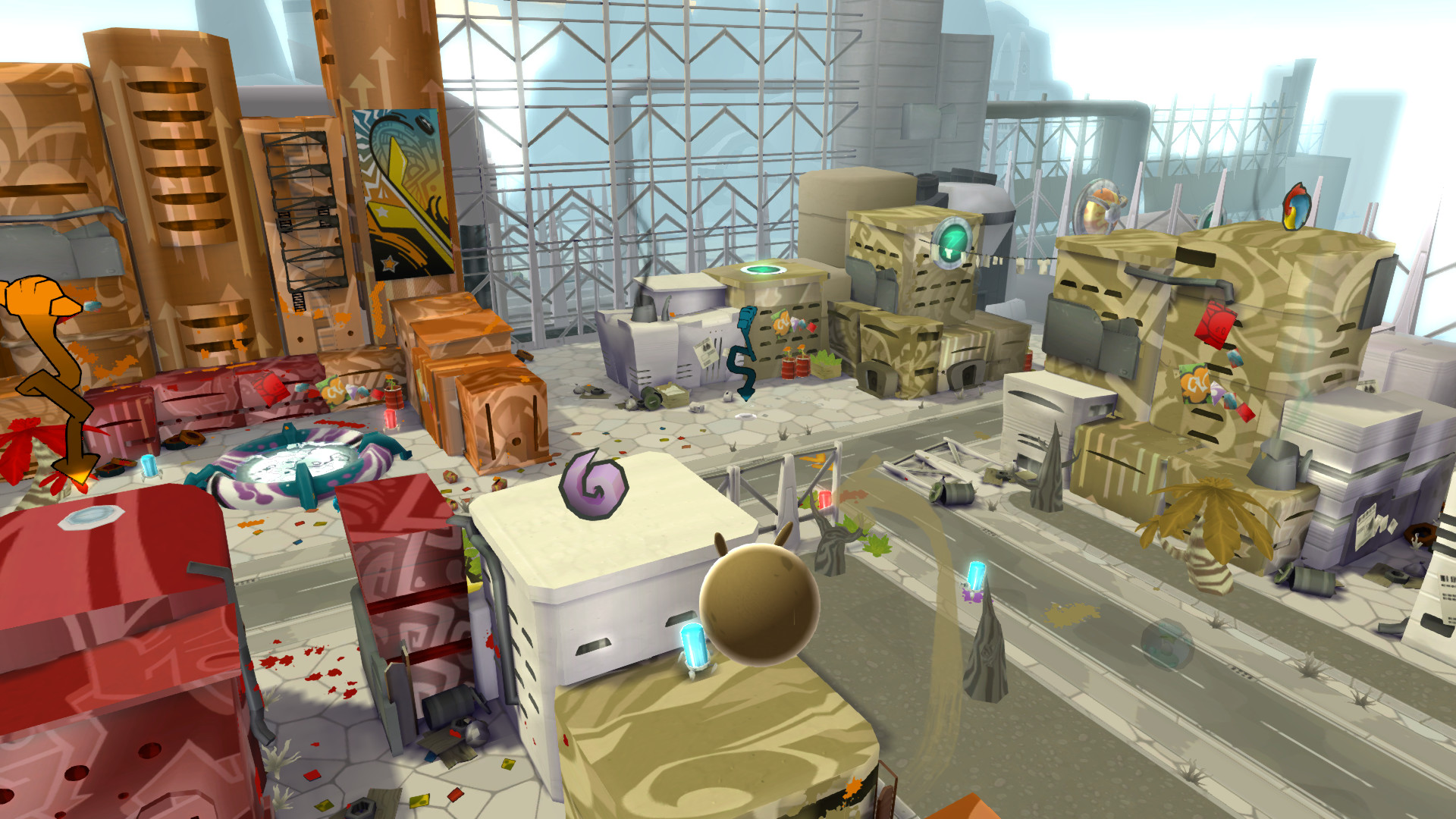