Cities: Skylines – Parklife is a downloadable content for Cities: Skylines a strategy simulation video game developed by Colossal Order Ltd. and published by Paradox Interactive. The DLC was released via Steam on 24 May, 2018 for Microsoft Windows, Mac OS X and Linux.

About This Game:
Cities: Skylines – Parklife is a playful new expansion, making your city more alive with new amusement parks, nature reserves, city parks and zoos, and giving new life to your empty land with custom parks and gardens. With everything from roller coasters and campsites to flower beds, fountains and flamingos, Parklife adds new ways to play, with the introduction of a new park area tool and level-up features that increase your parks property values, along with five new maps and a ton of assets in play.

PARKS AND RECREATION
Use the new park area tool to create park districts wherever there is empty land, and new city services like Park Maintenance, which boosts happiness and effectiveness and helps level up parks.

FREEWAY FREE FOR ALL
For the first time in Cities: Skylines, you can place buildings next to paths in the park districts (not just next to roads). Props can be placed anywhere inside park areas.

RECESSES BETWEEN BUILDINGS
Transform those empty spaces between your buildings into vibrant parks and gardens.

IT’S A WALK IN THE PARK
Customize routes and set ticket prices for new walking and sightseeing tours, among other tourism enhancements. 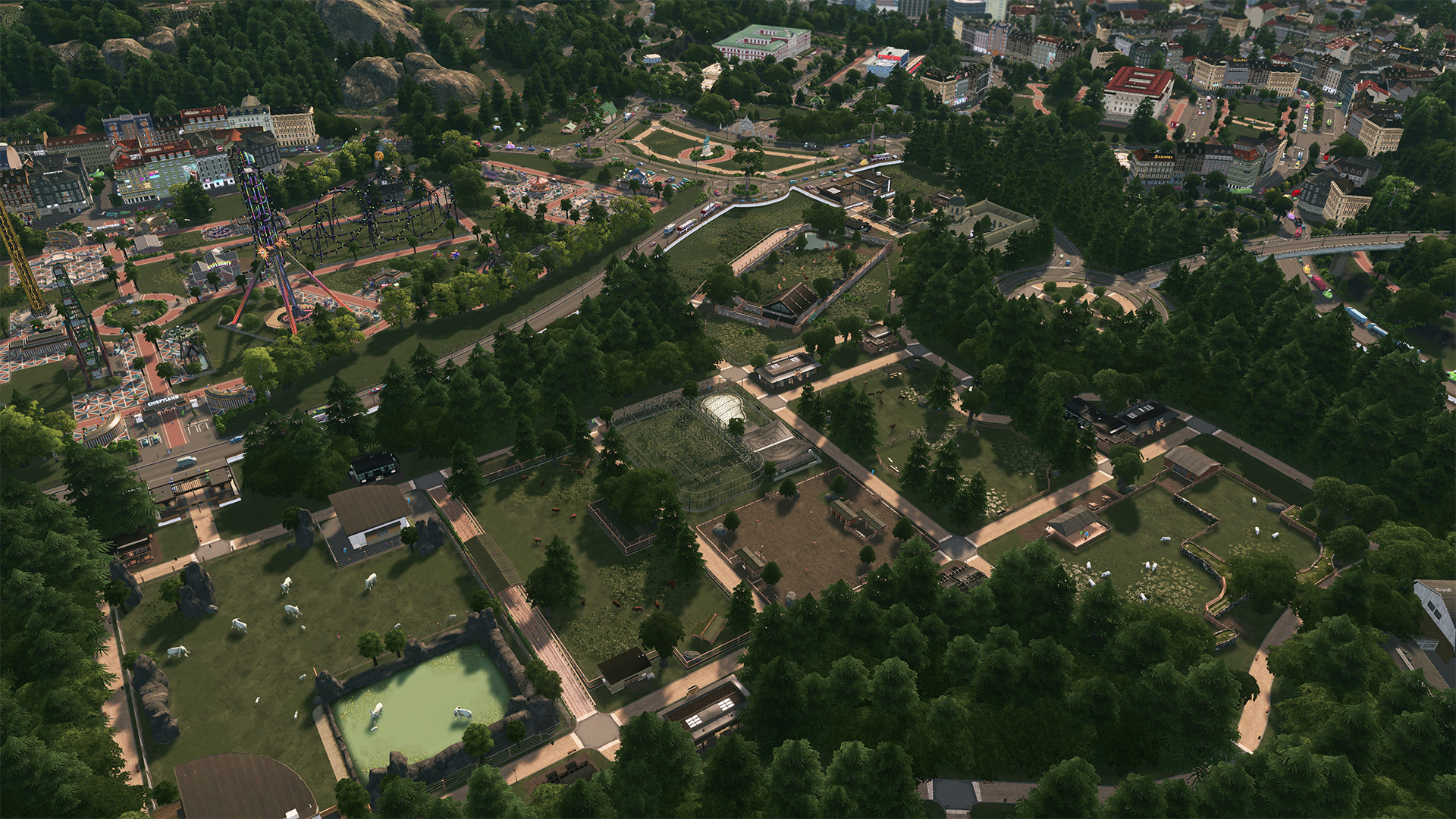 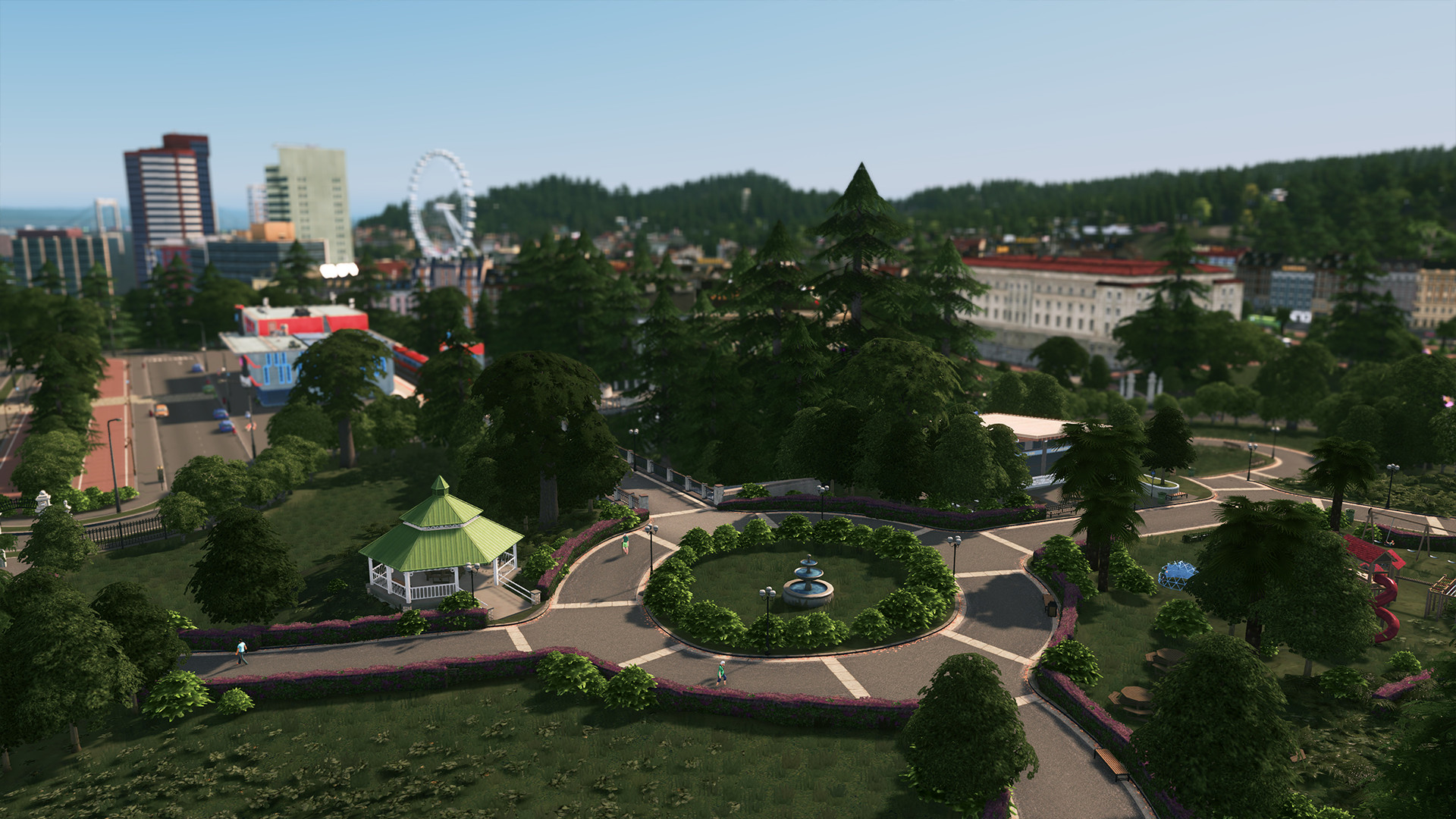 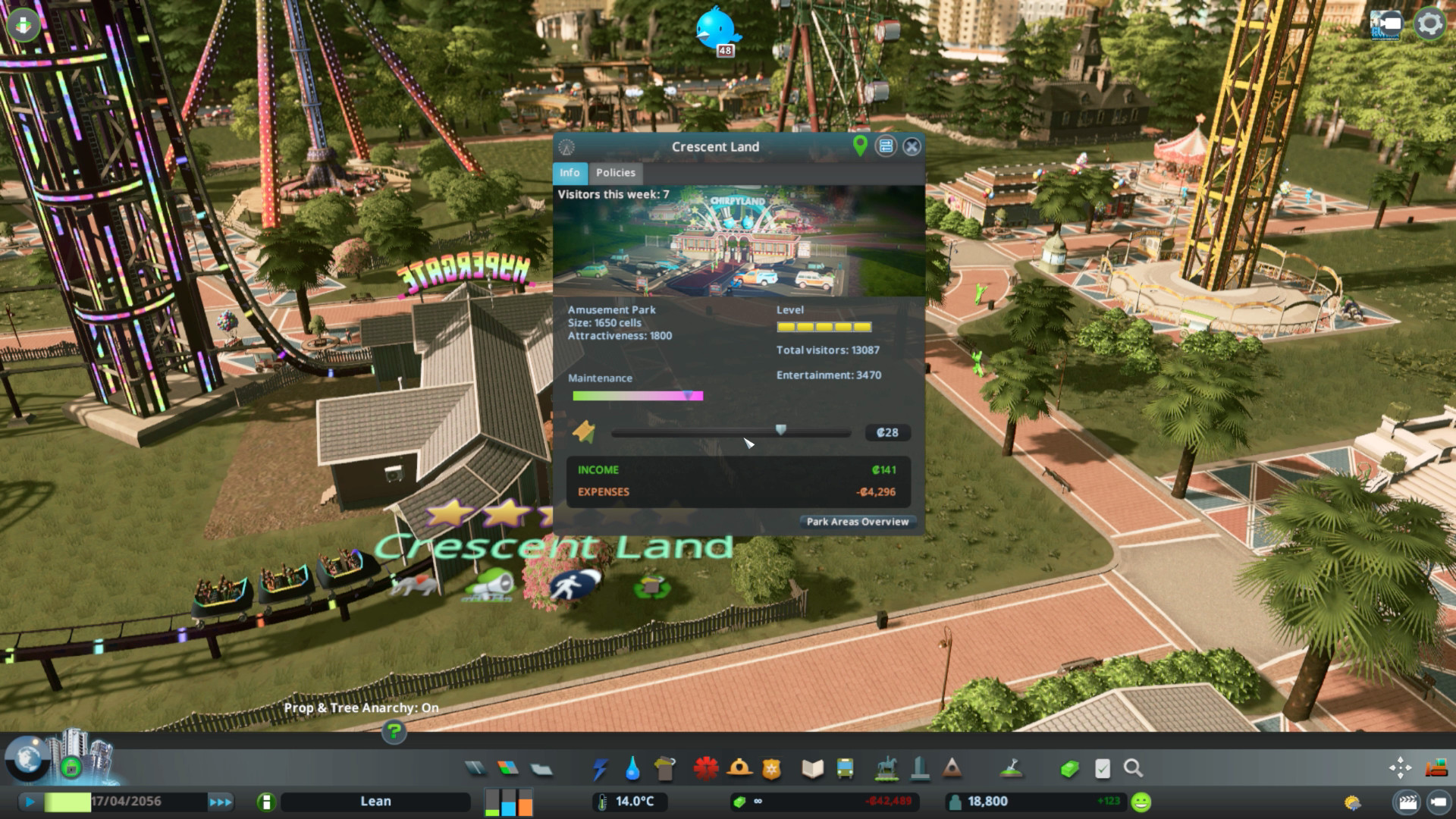